How about the word Bureaucracy?

The word bureaucracy doesn’t evoke feelings of efficiency, competence, or even effectiveness, for that matter. We usually associate bureaucracy with being the exact opposite.

We’ve seen the results, a bureaucratic system in our schools, businesses, and even government. But what if I were to tell you that bureaucracies may not be all that bad?

The term bureaucracy is actually defined as the exercise of control based on knowledge.

Originally, bureaucracy developed as a reaction to the personal subjugation and subjective judgments of earlier administrative systems.

Instead of a society of laws based on rational and logical judgment, many countries were governed by monarchies or dictatorships that impose their will on others. Because birthright was the sole determinant for who could next occupy these positions, important factors such as education, skills, abilities, and experience were ignored.

Because of this, a German sociologist named Max Weber developed what is referred to as a bureaucratic management system. 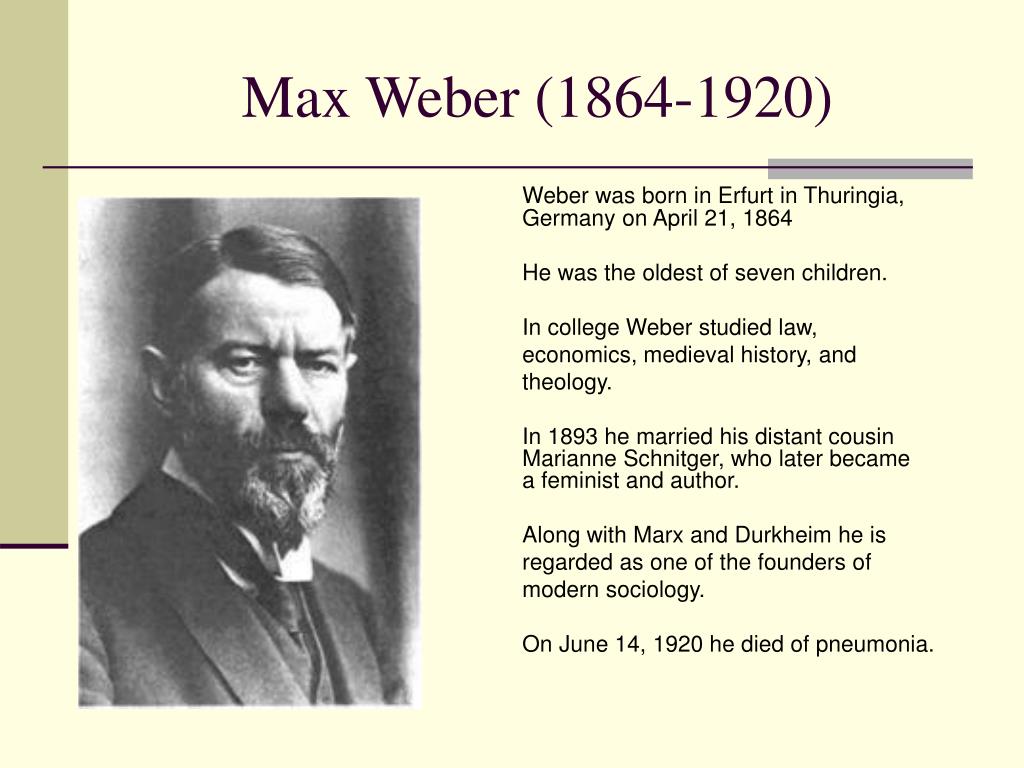 Max Weber’s work was prescriptive in nature, meaning it described an ideal system as opposed to one that currently existed, or whatever possibly exists.

The underpinning of bureaucratic management is that managing based on rational-legal authority, which stems from rules and other controls, was more effective than managing based upon subjective criteria such as favoritism and nepotism.

Sociologist Max Weber studied the structure of organizations and came up with the theory of an ideal bureaucracy.

Weber did most of his work trying to research and understand complex historical institutions. So, he wanted to try to figure out what it was about institutions that made them successful or unsuccessful.

According to Max Weber, a system bureaucracy characterized by labor division, a clearly defined hierarchy, career orientation, detailed rules and regulations, and impersonal relationships make ‘ideal bureaucracy.’ He recognized that this ‘ideal bureaucracy’ system did not exist in reality but rather represented a selective reconstruction of the real world.

But in a perfect world, in its perfect state, the bureaucracy would have six very important characteristics, and it would perform each one of these characteristics optimally.

Characteristics of Bureaucracy by Max Weber

In light of bureaucratic management’s prescriptive nature, Weber would present several essential characteristics of an ideal bureaucracy. They include;

The first characteristic was the Division of Labor, a key component to Henry Fayol’s 14 principles of management.

The Division of Labor focuses on the practice of specialization. By dividing jobs into a smaller set of tasks, we increase efficiency as workers only perform the tasks that they’re most qualified for.

The division of Labor also allows management to define what workers are responsible for clearly and, ultimately, who has authority in an organization.

Workers would be assigned to do specific, specialized tasks, and while those all would work together for the bureaucracy to function properly, each person would have their job to do.

Presence of a Managerial Hierarchy

The second characteristic of a bureaucracy is the presence of a managerial hierarchy.

This is the equivalent of Fayol’s scaler chain that he referred to in his 14 principles of management.

The development of a chain of command ultimately leads to better communication, as employees understand their role within the organization and those around them.

This means that the bureaucracy’s decision-making power moves from the top down to workers in lower positions. There’s a clear path or a clear trajectory to how decisions are made.

And this is visualized easily within the concept of the military. Realistically, in the military, decisions are made by our Joint Chiefs of Staff and our commander in chief, and those decisions that they make trickle down to even the lowest level, the privates who come in the right from basic training.

The third characteristic of a bureaucracy is formal selection. In response to the presence of favoritism, nepotism, and traditional systems, Weber believed that ideal bureaucracy was one that should select employees based upon technical qualifications, and really, isn’t that how employees should be selected?

By hiring and promoting employees based upon merit, you not only benefit the organization by having the best workers available, but you also reward workers by recognizing them for their efforts.

Here we see that hiring and promoting people based on their ability to perform a job or a task is important to the smooth functioning of a bureaucracy.

So Weber here sees this as an important, essential component to the smooth functioning of a bureaucracy in that we wouldn’t want to hire people who aren’t good at doing the job or who don’t have the qualifications to do what we demand of them when they get the job.

The fourth characteristic of a bureaucracy is career orientation.

In order for the organization to run efficiently, Weber believed that employees should be career professionals rather than politicians.

This was to ensure that assigned duties were performed well, regardless of outside pressures, and also to ensure that operations ran smoothly even during elections.

Employees were to be encouraged to look forward to a lifelong career with the organization and should be provided with some layer of protection from arbitrary termination by management.

The fifth characteristic of bureaucracy is the establishment of formal rules.

These formal rules should apply to all employees at all levels of the organization, with no consideration for employees, rank, or status.

These rules were also meant to be written down to ensure that they could not be misrepresented. The rules and regulations that a bureaucracy puts in place help guide workers’ actions and help ensure that tasks are performed uniformly.

The sixth and final characteristic of a bureaucracy is impersonality.

Weber believed that the rules and other controls that were previously established were impersonal in nature.

Acting impersonally refers to avoiding the consideration of personality and a personal preference when deciding how to administer certain rules and other controls.

Rules should be applied uniformly to all organization members, with no special treatment provided to anyone.

Remember that Weber envisioned bureaucracies as a response to the subjective nature of monarchies and dictatorships.

So it should come as no surprise that eliminating individual discretion and focusing on objective, rational-legal authority was a priority to Weber.

Again, in the workplace bureaucracy, we have to allow our workers to perform without any kind of personal feelings toward them. So, for a supervisor here, we will want to remove those personal feelings from the equation.

And we want to treat everybody on the job, really just based on how they’re doing their work with disregard to their personality and our personal feelings.

Although different from today’s interpretation, Weber considered bureaucracy to be the most efficient method of organization.

Without being said, Weber did conclude the bureaucracy also contains several disadvantages, which, of course, seemed to be common knowledge in today’s society.

Despite this, Weber’s work is considered an essential component in modern societies today and resulted in a great deal of research in organizational theory.

Criticism of Bureaucratic Theory of Management

According to conflict theory, this type of labor division can increase alienation and individual workers’ feelings because it separates them from other workers and denies them the pride associated with seeing a task through from beginning to end, which might also lead to less worker satisfaction and less productivity Overall.

It can also lead to what’s referred to as trained incapacity within the general organization or cases where workers become so specialized in their tasks that they lose touch with the overall picture.

Hierarchy in organizations can also deprive individuals of having a voice in decision making, especially those who are lower down the hierarchical chain.

The structure can also allow people to shirk responsibility, which is especially troublesome when it comes to unethical tasks. You may have heard of the term I was just following orders.

The organizational structure can also allow individuals to hide mistakes, sometimes serious mistakes, since no one interacts with all members.

Existence of Written Rules and Regulations

This is well because rules can sometimes stifle creativity from individual members, and the different organization has too many rules that it has too much structure. It may discourage employees from taking the initiative.

It can also lead to gold displacement or cases where commitment to following the rules becomes more important than the organization’s original goals.

Impersonality can also lead to alienation feelings because it can lead to the perception that those in charge are cold and uncaring. It can even serve to discourage loyalty to the group.