Externalities are a cost that is not paid for by the producer and must be taken care of by someone else. For example, if you own a car, then you have to pay for gas and insurance without getting any money from the producer.

In more general terms though, externalities can be anything that has an effect on either society or another person’s life in some way shape, or form such as pollution being emitted into the air which adversely affects other people around them rather than just yourself.

What are Positive Externalities?

Positive Externalities are a term used in economics to describe how an individual’s action can benefit other individuals without those people having to pay for the benefits they receive. These kinds of externalities come into play all across the world and have a tremendous impact on society as a whole.

Knowing these positive externalities can provide you with great insights about sectors where there is room for growth or will allow you to better understand why certain industries exist and thrive, while others fail.

Positive Externalities are a type of market failure where an economic transaction causes not just one, but two or more parties to benefit.

The classic example is having your car parked on the street and someone dents it. You can make them pay for fixing the dent, or have them pay you for creating an extra parking space.

Positive externalities are the positive benefits of a good or service that are not paid for by the consumer. These types of costs can be incurred in production, marketing and distribution so they do not show up on conventional supply-demand curves.

While there tends to be no clear market price, these positive externalities can have considerable influence over the demand for goods and services.

What are Negative Externalities?

Negative Externality is a concept in economics that occurs when there are costs that are borne by the people not directly involved with production or consumption. These costs can be environmental, social, and/or economic.It is a cost that affects groups other than the producer and consumer.

Negative externalities are basically costs that do not get accounted for in the firm’s production costs. This can be because they are displaced on to another party or society as a whole, where they become social costs.

Negative Externalities can lead to market failure if they go unaddressed. A classic example of a negative externality is pollution from the industry like chemical plants or oil refineries or even Volkswagen cars for that matter!

These costs are often associated with pollution, which can include both air and water pollution. Governments have developed taxes to encourage producers to internalize some of these externalities through higher prices on polluting goods. However, there are still several examples in the modern world where governments need to step in when markets fail or do not exist.

The most common negative externality is the pollution of air and water by factories, often located near populated areas such as big cities since it provides cheaper rent and labor.

Another example is resource depletion that may take the form of overfishing or deforestation; more food will be produced with fewer fish, less lumber needed to build homes due to more efficient construction techniques, and so forth. A negative externality is an economic situation in which a producer’s costs of production do not include the full costs associated with producing and selling their goods. This means that they are able to sell their products at a cheaper price than if they had included these external costs into their initial pricing scheme because the consumer will purchase it regardless of the cost A market failure is a situation where the free-market system doesn’t allocate resources in an efficient manner. Most economists agree that markets are usually self-regulating and will provide the optimal results if there are no externalities to take into account.

Externality Market Failure is a phenomenon in which an externality results from the production or consumption of certain goods. The market, in this instance, does not achieve its goal of allocating resources efficiently. In fact, it generally produces negative externalities that have long-term effects on society and the environment.

Another negative externality is traffic noise from businesses during hours when children need to sleep.

Examples of market failures are clear if we look at pollution as an issue—its negative impacts can be felt over generations unless corrective action is taken to mitigate them.

Difference Between Positive and Negative Externalities

What are Spillover Benefits?

Spillover benefits are extras that come along with the job. They can be very helpful in increasing your productivity without spending extra money. Spillover benefits include a wide range of things like free lunch, coffee machine, gym membership, etc.

The Coase theorem states that, if there are no transaction costs or other market failures, the efficient outcome will be achieved regardless of who owns an asset. This results in a public good being provided by the party with the most interest and ability to pay for it, even when others would benefit more. 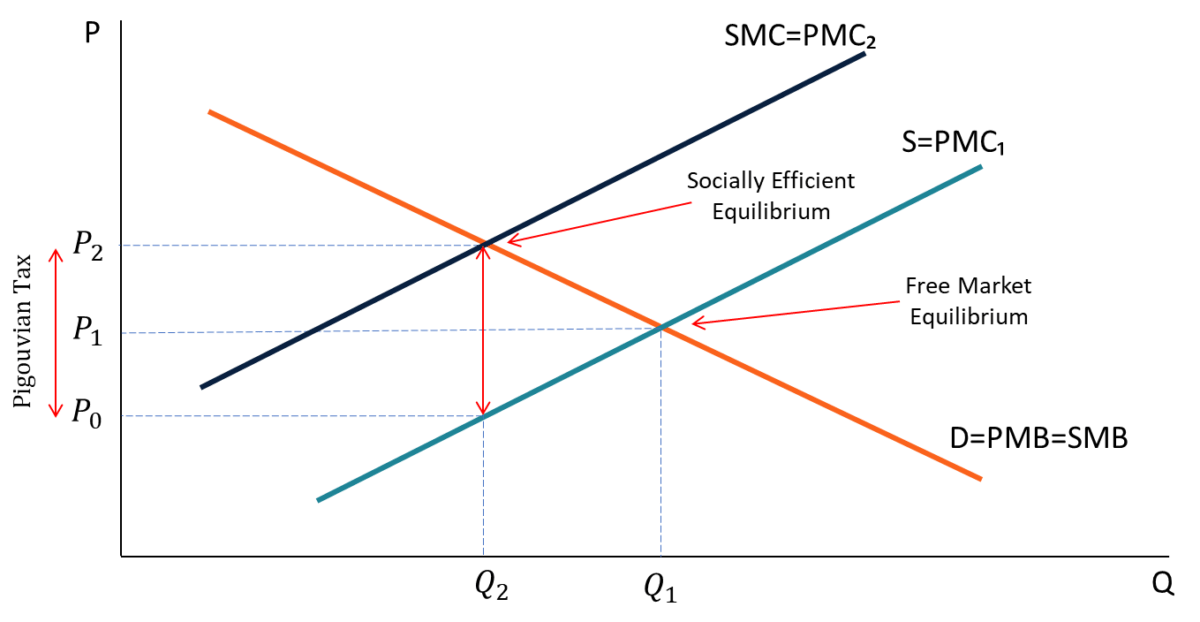 What are Measures Of Externalities?

A measure of externalities is the effect a decision has on people other than those directly involved in the decision-making process.  The term “externalities” can be used to describe anything that affects an individual’s well-being but does not involve direct transactions between them and society.

What are Ways To Correct Negative Externalities?

What are Measures to Correcting A Positive Externality?

How Do Externalities Affect Our Lives?

Externalities are unintended consequences of an action that affect people who are not involved in the transaction. Examples of externalities include pollution, noise, and traffic congestion.

An externality is a cost or benefit that affects someone other than the buyer or seller of a good or service. The cost is not included in the market price and can lead to under-production, over-production, inefficient production, and even negative economic welfare.

Externalities are typically divided into two categories: positive and negative.

Positive externalities are benefits that one person receives from another person, without any cost or sacrifice for either party; examples include education, public health initiatives, and environmental protection policies.

Negative externalities are costs imposed upon individuals by others without their consent; examples include air pollution from factories or traffic congestion from new highways